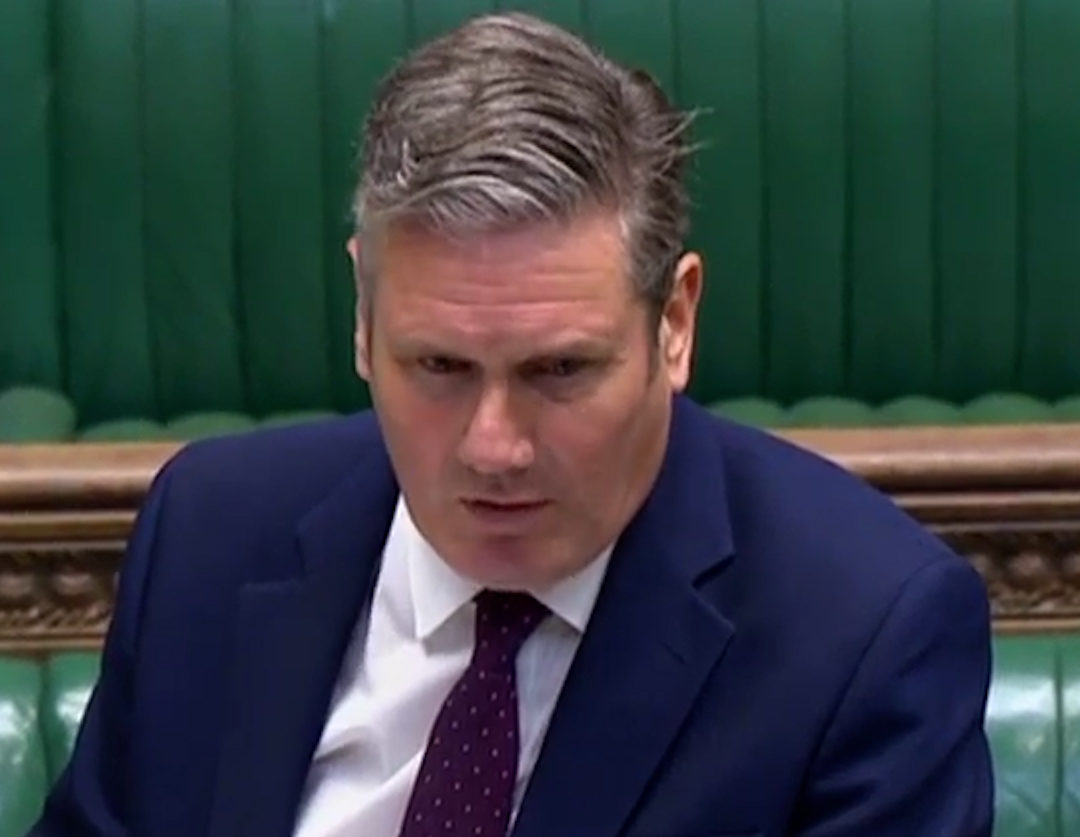 Labour leader Keir Starmer hit out at Boris Johnson over reports that Downing Street hosted a Christmas party last December while London was in a Stage 3 lockdown.

Speaking during Prime Minister’s Questions today in the Commons, Starmer said: “Does the prime minister really expect the country to believe that while people were banned from seeing their loved ones at Christmas last year, it was fine for him and his friends to throw a boozy party in Downing Street?”

The prime minister didn’t contest the allegations, but said: “all guidance was followed completely at Number Ten.” 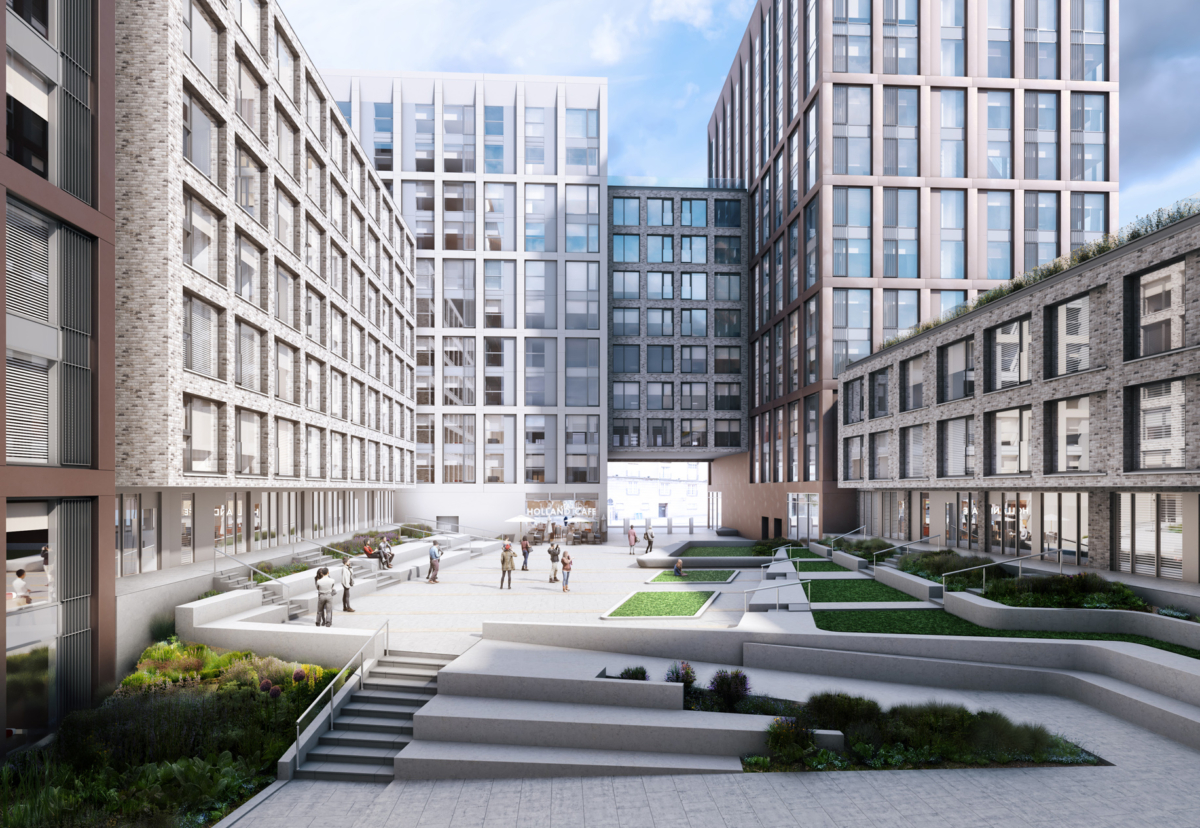 Holland Park in Glasgow is currently under construction by Robertson Group on the site of the former Strathclyde Police HQ.

It will provide 433 studios and one, two and three-bedroom apartments in four blocks up to 19 storeys, arranged around a landscaped courtyard.

Mark Howe, Project Director at Moda Living, said, “Our experience of working with Offsite Solutions on other schemes has been very positive, with consistently-high quality standards, the efficiency of offsite manufacture, and exceptional programme management.”

James Stephens, Managing Director of Offsite Solutions, said: “We were engaged by Robertson and Moda at the early design stages of this project to develop the use of offsite construction for the shower rooms, ensuites and bathrooms. This collaboration has really optimised the benefits of offsite manufacturing and gives the client and main contractor greater certainty of cost and programme, as well as simplified procurement and improved quality.

“We have manufactured around 1,200 bathroom pods for Moda to date – Holland Park follows our successful delivery of pods for the award-winning Moda, Angel Gardens in Manchester and Moda, The Lexington in Liverpool.”

The shower rooms have deluxe-sized rainfall showers, and the bathrooms are pre-fitted with both overhead and hand-held showers, and a pivot shower screen.

The pods are all supplied floorless to avoid the need for a recess in the floor slab to minimise floor build-up for each storey whilst achieving continuous level floors.

Deanestor lands another deal from Morrison 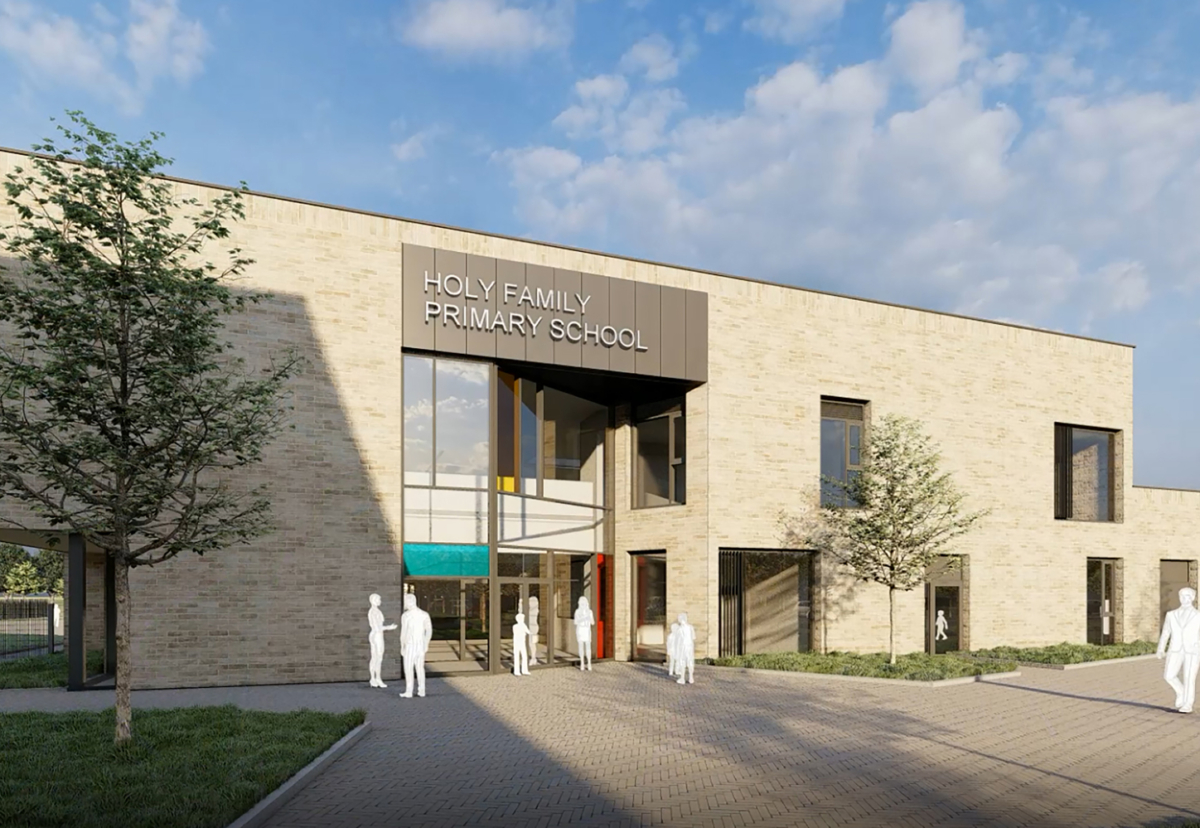 Deanestor will fit out over 340 rooms across the campus, manufacturing bespoke furniture in a light maple wood finish.

David Wright, Construction Manager at Morrison Construction, said: “Deanestor has successfully delivered a number of education contracts for Morrison, including the award-winning Barony Campus in Cumnock, East Ayrshire and more recently at Calderwood Primary School, which like Winchburgh, was for West Lothian Council.

“Their team has an impressive track record in fitting out complex multi-school campus projects and a good level of technical competence in the design, manufacture and installation of furniture for large-scale education schemes.”

Ramsay McDonald, Managing Director of Deanestor Scotland, said: “We are delighted to have secured our 12th project for Morrison Construction. This latest Scottish education project reaffirms our market-leading position in the education sector and our specialist capabilities – from school furniture design and manufacture to project management, logistics, procurement, and installation.”

Designed by Ryder Architecture, the secondary schools – Winchburgh and Sinclair Academies – will initially serve up to 660 non-denominational and denominational pupils respectively.

The dangers of distraction: how pressure on No 10 has international ramifications

One might easily be forgiven for thinking that the drama over the Downing Street parties is a purely domestic issue. The numerous allegations of parties and eventual admission made by the PM that he was indeed at one of the events has been met with anger and disgust in local constituencies across the nation. Alongside these, good old-fashioned British humour in the form of parodies, memes and sketches have circulated across social media and television, with everyone from football pundits Gary Neville and Jamie Carragher to a group of Boris-masked dancers outside Downing Street mocking the PM.

Yet, a more serious observation of the current situation suggests that the fallout of the revelations may not have only domestic consequences, but international ones too. Many miles from Westminster, Russian military forces numbering around 100,000 have been deployed along the Ukrainian border. Whilst the Russian Deputy Foreign Minister claimed Russia has “no intentions to attack…”, President Putin has suggested “retaliatory military-technical measures” could be implemented, should the West’s approach remain unchanged (BBC News). NATO’s General Secretary Jens Stoltenberg is clear that a risk of conflict is real, and the Pentagon warns of a potential so-called false-flag operation, carried out by Russian operatives as a pretext to invade the Ukraine.

Despite this, the West seems both uncertain and distracted. The US-led withdrawal from Afghanistan has raised questions over to what extent its allies can rely on US support. In Germany, it remains to be seen how a new coalition led by Chancellor Olaf Scholz will fill the boots of Angela Merkel on the global stage, whilst President Macron of France faces a Presidential Election in April. This is capped off by the continuing presence of coronavirus, where cases in Europe continue to rise.

And thus, heads turn towards the UK – a historically critical player in international conflicts and tensions. Yet instead of planning operational responses to potential Russian aggression, two irrelated operations are the talk of Westminster and No10. According to reports from across the political spectrum. Operation ‘Save Big Dog’ and Operation ‘Red Meat’ have been launched in an effort to save the PMs job. Whilst ‘Save Big Dog’ aims to portray a change in culture at Downing Street via a clear-out of officials, Operation ‘Red Meat’ has greater political repercussions.

Operation ‘Red Meat’ can be understood as a rollout of policies popular with Conservative backbench MPs. In other words, they are an effort to appease those MPs who hold Johnson’s political future in their hands. This rollout of multiple policies not only distracts politicians from major foreign policy issues, but could harm operational planning by military branches.

This is best seen in plans to give the Armed Forces, and hence the Navy, command over operations in the Channel, aimed at deterring migrant crossings. The Conservative chairman of the Defence Select Committee, Tobias Ellwood, confirmed to Sky News his belief that such a policy is a “massive distraction” for the military at a time where focus should be on China and Russia. Therefore, government efforts to solve a ‘domestic issue’, prove themselves to have a direct impact on foreign policy and planning.

This does not mean that communication with Ukraine is non-existent. One cannot simply ignore that defence secretary Ben Wallace has confirmed that anti-tank missiles are being supplied to the Ukraine. However, when questioned about what increased support NATO would provide to the Ukraine, should an invasion occur, Wallace merely emphasised his “hope” that the provision of the supplied weapons alongside the threat of sanctions would be enough to deter Russia.

However, history shows that sanctions are often insufficient in deterring Putin from action. Thus, Wallace’s response suggests a lack of planning around how to deal with a potential Russian invasion of the Ukraine. Meanwhile, the Ukrainian ambassador to the UK, whilst appreciative of arms support, has said “We are facing the biggest army in Europe by ourselves”. It would be wise of the government to, at this stage, signal an increase in communication with NATO allies in an effort to plan for all possible outcomes, particularly considering President Biden’s admission that NATO remains divided on a response.

Unfortunately, it is difficult to send such a signal when the foreign secretary Liz Truss, who has not visited the Ukraine since the tensions began, is preoccupied with what seem like never-ending talks over the Northern Ireland Protocol. Ironically perhaps, the foreign secretary is only heading these talks as a consequence of the resignation of former Brexit minister Lord Frost, who had concerns over the domestic measures imposed in order to tackle the spread of Omicron cases – another example of how domestic policy has long-term consequences.

Whilst German foreign secretary Annalena Baerbock visited the Ukrainian capital Kyiv on Monday, the mirror image of Truss tweeting about talks on a Protocol which everyone hoped we’d heard the last of over two years ago, depict just how much domestic issues have the potential to distract from other foreign policy concerns. Such a view is given further credit with reports of Truss also turning attention to what is being dubbed a “schmooze operation”, in an attempt to win Conservative MP support, in view of a potential leadership campaign should Johnson leave office. Reports of Truss allegedly inviting MPs, including the Conservative leader in Scotland, Douglas Ross, to drinks events gives credit to such claims.

These cases emphasise Tobias Ellwood’s words given in a Channel 4 News interview – “We’re all distracted by so many levels here”. And yet, the UK and other big players in Europe, distracted and unclear in their stance, would be key players in NATO decisions, should it come to conflict. A lack of communication and planning between the nations during these tensions could prove catastrophic.

In the worst-case scenario, this could lead to a botched response to Russian action, potentially leaving the West in an even more precarious and uncertain geopolitical situation. Whether states will be able to lay aside their focus on political and practical discussions at home, in order to increase planning and communication with one another in the face of foreign aggression remains to be seen.