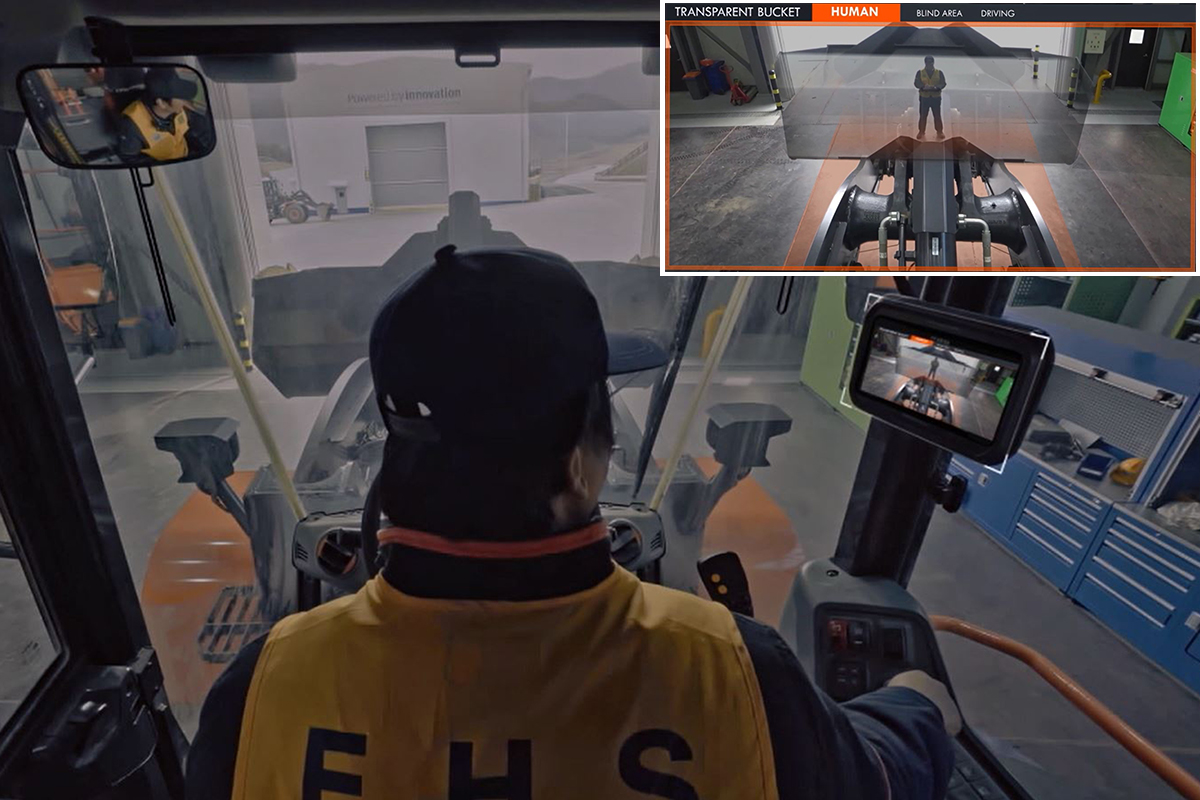 Doosan Infracore has introduced what it says is the industry’s first wheel loader with a “transparent bucket,” which uses front projection technology to eliminate blind spots for the operator.

The “transparency” is provided by cameras that provide images in real time that the operator would not usually see when the bucket is raised. The cameras positioned on top and bottom use a curved projection method to display in the operator’s view.

“The driver can easily check the blind spot in front of the bucket with a monitor to prevent safety accidents,” the company says.

It also helps productivity by providing a forward view during loading and unloading and when carrying a load.

“Doosan Infracore is the first company to develop and apply the front projection function like the transparent bucket for a construction machine,” the company says.

The transparent bucket is not available in the U.S., and no word yet on when that might occur. The company has applied for patents for it in North America, Europe, Korea and China.

The company says the transparent bucket is part of its efforts to improve safety on the jobsite through technology, such as an around view monitor system that can monitor the equipment’s surroundings and a rear warning system using ultrasonic sensors.

The transparent bucket and other technologies are designed for the company’s next-generation DL-7 Series wheel loaders, which have been launched recently in Europe and Korea. The bucket is being offered as an optional feature, according to Doosan.

The new wheel loaders also help to improve operator visibility with a 14% larger glass window than previous models. They also feature an ergonomic operation panel and a semi-automatic door function that uses a smart key.

Doosan says it basically changed everything on the new loader series, its first revamp of the series in 10 years. The redesign has won awards in Germany and Korea.

Doosan launched the new DL-7 series last May to meet the latest European Stave V emissions standards. The company plans to launch the new series over time globally, starting in Europe. No word yet on the North American plans.

Here’s a Doosan video of the transparent bucket:

Did 2020 Set Up an Equipment Rental Boom This Year?

Video: Doosan’s Latest Wheel Loaders Are New in Every Way | The Dirt #27 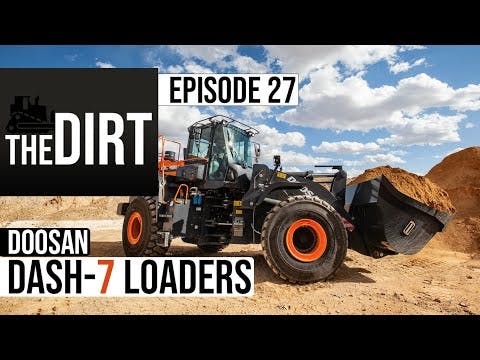 From a “transparent bucket” and a new exterior design all the way down to a more spacious cab and maintenance improvements on the inside, we brought in the experts to discuss everything new on Doosan’s latest loaders.

In this episode of The Dirt we welcome in Dooan’s Aaron Kleingartner and Bill Zak to discuss the wheel loader market, development of the new Dash-7 loader lineup, and that new see-through bucket. Check out the video above for all the details.

Mentioned in this video:

How the First See-Through Loader Bucket Works. A Feature From the Future 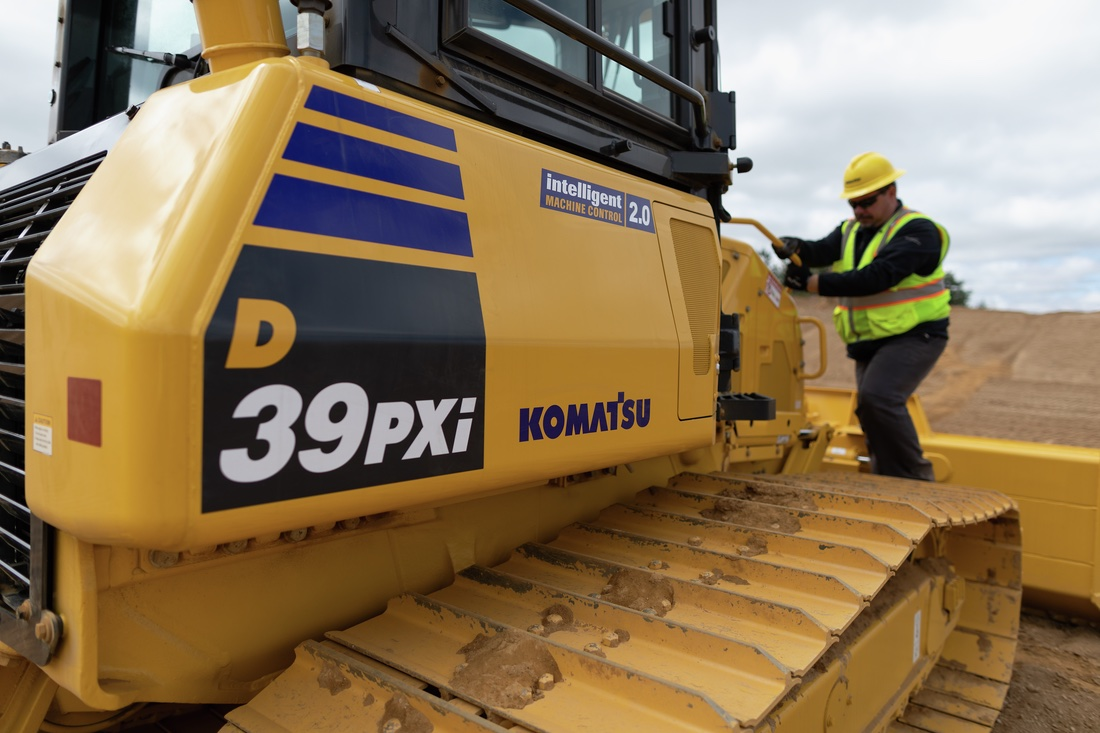 With its new D39i-24, Komatsu is putting its Intelligent Machine Control system in a 105-horsepower machine. It is the smallest intelligent machine in the company’s dozer line up.

The D39i-24 is equipped with iMC 2.0, a GNSS-based system that allows users to program 3D design data directly into the machine. This data helps guide automatic dozing from rough cut to finish grade. Compared to aftermarket machine control systems, Komatsu says the iMC 2.0 “makes every pass count for superior construction.”

Compared to the previous generation D39, operators on the D39i-24 machines can see productivity improve by up to 60%, Komatsu says.KomatsuOperators can quickly turn the iMC 2.0 features on or off using a side switch on the right joystick. Two antennas on the cab roof support multiple GNSS. Once the satellite capture rate is improved, the machine can be used in any time zone, Komatsu says.

New intelligent features on the machine include:

Proactive dozing control — The dozer measures the terrain it tracks over and uses that data to plan the next pass. This maximizes the blade load throughout the pass regardless of the terrain ahead. Compared to the previous generation D39, operators can see productivity improve by up to 60%, according to Komatsu.

Quick surface creation — This feature allows operators to create a temporary design with a button press. Combined with other iMC 2.0 features, crews can begin stripping or spreading using automated input while waiting for the finish grade model. 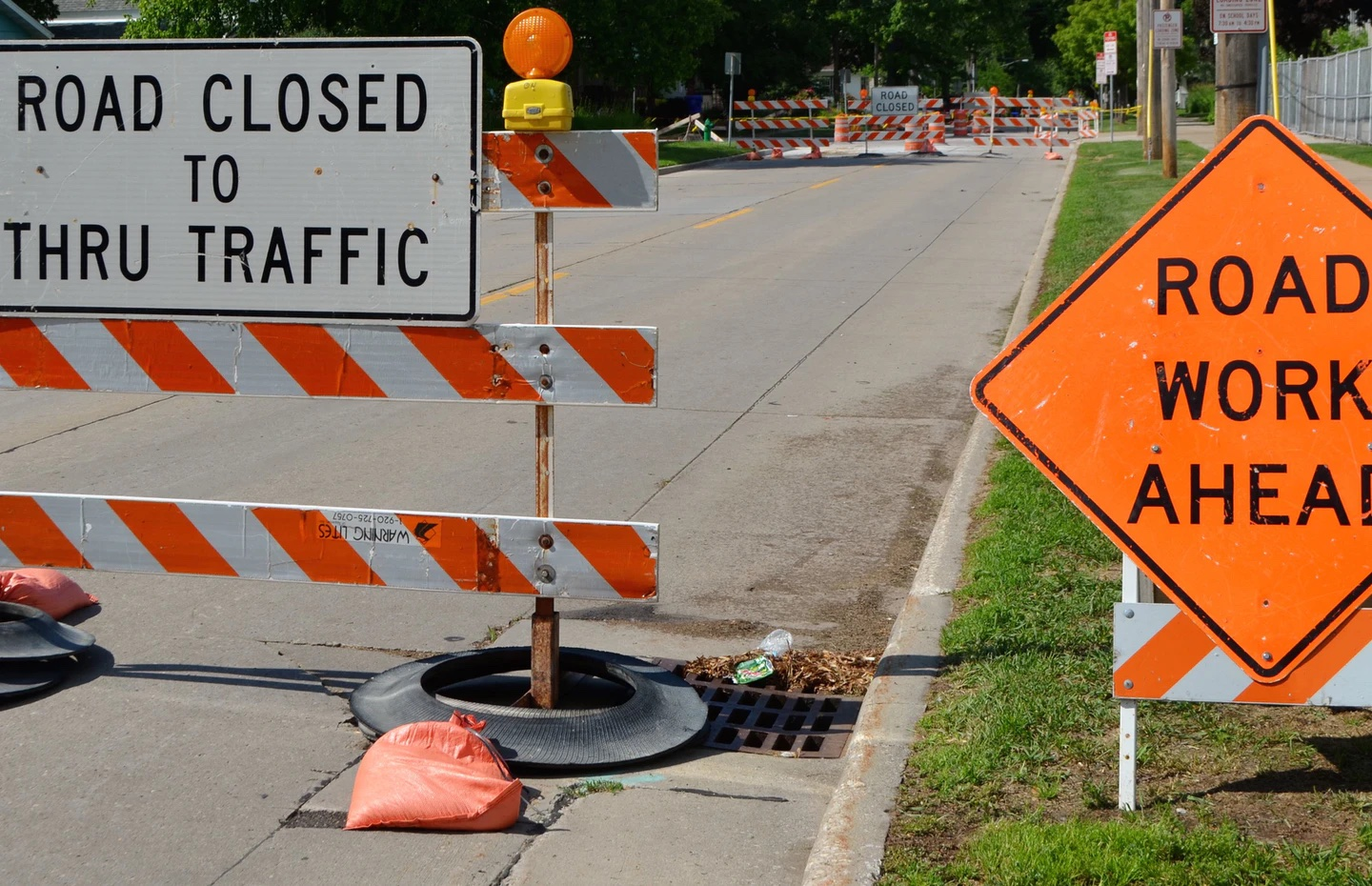 A Minnesota asphalt paving contractor has reached a $1.75 million settlement after being accused of using unauthorized gravel materials on three road construction projects and making false claims about them, according to the U.S. Attorney’s Office for the District of Minnesota.

The Attorney’s Office alleges that Mark Sand & Gravel of Fergus Falls used substandard materials on paving projects on Highways 34, 59/10 and 78 in the Detroit Lakes area. The company used waste or shale rock in the gravel mixes on the federally funded projects between 2013 and 2015, the office says. The office also alleges the company made “materially false claims and statements in connection with its use of those materials.”

“When companies fail to follow contract specifications, use unauthorized materials and make false statements concerning the quality of materials, the integrity of the work being performed is compromised.”

The contractor was cited under the U.S. and Minnesota false claims acts.

“Failing to uphold contractual obligations by agreeing to do one thing but then doing another is not acceptable,” said Acting U.S. Attorney W. Anders Folk. “We will continue to use the False Claims Act and other tools at our disposal to ensure that contractors act with transparency and do the work they promised to do.”

The projects were administered by the Minnesota Department of Transportation, which also was a co-investigator in the case with the USDOT’s Office of Inspector General. The U.S. and Minnesota DOTs will split the settlement according to the projects’ original funding formulas, the Attorney’s Office says. “The claims resolved by the settlement are allegations only; there has been no determination of liability.”

A request for comment from Mark Sand & Gravel was not immediately returned.